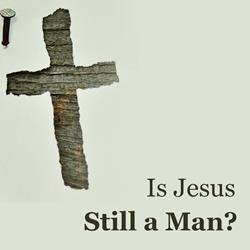 Is Jesus Still a Man?

Something humanly incredible, divinely mysterious, and eternally significant occurred in the Incarnation of our Lord. Jesus became totally human while continuing to be 100% divine. By His sinless life, sacrificial death, and resurrection in a glorified body, He is worthy to be Lord of all!

What Does the Bible Say?

Perhaps as a reader you have never considered whether Jesus is still a man. Does it matter? What does the Bible teach? Is Jesus a man now, or did He go back to heaven and become the son of God in the same form as before the Incarnation?

No honest Christian denies that Jesus indeed became a man. Christians also believe in a triune Godhead—God the Father, God the Son, and God the Holy Spirit. Much concerning the Trinity is shrouded in mystery, far beyond human comprehension. The humanity of Jesus, however, can be humanly discerned. This argument the Hebrew writer defends. He unmistakably declares that Jesus the Son of God became a man.

Jesus is the author of eternal salvation and our present help in time of need. He is High Priest in the temple of heaven, after the order of Melchisedec, interceding in the presence of God for redeemed men. For Jesus to be a priest after the order of Melchisedec, He must be a man. He is not presently a spirit. Furthermore, Stephen, full of the Holy spirit, saw Jesus standing as a man in heaven. Stephen did not see a spirit—he saw a man. John, too, the disciple and Revelator, saw Jesus in person, heard Jesus’ voice, and felt Jesus’ hand upon his shoulder on the Island of Patmos. Apostle Paul did not call Jesus in heaven a spirit; he called Him a man. Jesus is today a man in heaven in a glorified human body!

Jesus as the Son of God the Father agreed to come to earth and to procure the salvation of the human race. “Who verily was foreordained before the foundation of the world, but was manifest in these last times for you” (1Pe 1:20).

It is important to understand that something humanly incredible, divinely mysterious, and eternally significant occurred in the Incarnation. Before the Incarnation, Jesus was a spirit. He was a divine spirit, like God the Father, but He was not a divine man. He was a divine spirit but not a human and had not flesh, blood, nor bones. A few times prior to His human birth on planet earth, Jesus personified Himself in pre-incarnate form (e.g., to Abraham, Sarah, Joshua). The point is that Jesus was not a man with flesh, blood, and bones before the Incarnation, though He had agreed before Creation to become so to save the human family.

The Hebrew declaration is unmistakable. In the Incarnation Jesus took on the nature of man—the seed of Abraham, of Jewish descent—a mystery that had never been seen before. In this inexplicable mystery Jesus became 100 percent divine and 100 percent human. John emphasizes Jesus’ divine nature in his gospel story, while Luke emphasizes His human nature. That Jesus became a man is the Hebrew writer’s encouragement and argument. The incredible truth, that in all points Jesus was like us, should encourage us into faithful, holy living.

Things incredible and incomprehensible happened in the Incarnation. Jesus gave up some of the inheritance from His Father so that redeemed man could receive some of it. Jesus, who was not a man before, was now a divine man with all the attributes of God. Yet He willingly laid aside something of His divinity. Jesus did not draw upon His divine nature to pass the tests of temptation. He was tempted in all points like as we. When Jesus saw a beautiful girl crossing the street, He was tempted. When the devil offered him a farm, He was tempted by personal accomplishment and pride of life. When the devil offered Him a position which bypassed the highest eternal service to the human race, He was tempted to avoid the cross. These temptations began in the wilderness and ended with Him hanging in physical human pain on a physical Roman cross.

Something miraculous beyond what we often consider is that Jesus became a human Who had never been human before! By His agreement to be the sacrifice to redeem the fallen human race, He became a priest forever after the order of Melchisedec, to make intercession for them forever! He remains this moment in heaven a human, glorified body as He intercedes for those whom He has redeemed!

Jesus died a human. There is no controversy that Jesus died on the cross—except for non-Christian religions and various atheistic groups who deny the biblical record. “…We believe that Jesus died and rose again, even so them also which sleep in Jesus will God bring with him” (1Th 4:14).

Jesus prophesied He would rise in glorified humanity (John 2:19-21). Paul confirmed this in First Corinthians 15:14. Jesus rose from the dead physically as a glorified human. He rose from the dead in the same body in which He died, though it was a glorified body. The angels told Mary, “He is not here, for He is risen!” Peter found Jesus’ crucified body was gone. Mary saw and knew Jesus in the garden of Gethsemane. The disciples saw and knew Jesus too. Jesus walked and talked with them as a human after the resurrection from the dead. He ate breakfast with them by the Sea of Galilee. He was seen by 500 men on one occasion. Paul the Apostle saw Jesus too. John saw Jesus in the Revelation as a man, not as a spirit, and immediately recognized Him as the glorified Jesus.

Merely asserting that Jesus rose from the dead is not enough. It must be stated that Jesus rose physically, lest the very words of Christ be denied. Jesus said He would raise the temple of His body. Jesus’ body as the firstborn from the dead retained the physical wounds of His crucifixion as proofs, but man will be given a new body of perfection!

Jesus’ resurrected body was a glorified body. Jesus rose from the dead physically in the same body in which He died. But what kind of physical body was this in which He rose? Was it subject to death again? Would it grow tired or old? Did it have blood? No!

The resurrected body will be different from the natural body in its abilities and qualities, as was Jesus’. We see this in the fact that Jesus retained the wounds of His crucifixion as evidenced by the holes in His hands and side, yet He was able to appear in a room without entering through the door (John 20:19-20). Jesus was raised in the same body He died in, though it was glorified. Jesus is now a man in a glorified body. “For in him dwelleth all the fulness of the Godhead bodily” (Col 2:9).

After the resurrection, Jesus said, “Behold my hands and my feet, that it is I myself: handle me, and see; for a spirit hath not flesh and bones, as ye see me have” (Luke 24:39). So Jesus specifically stated that He had flesh and bones, not flesh and blood. This is not a word game. Jesus’ blood was drained out of His body on the cross. It is His shed blood that cleanses us of our sins: “But if we walk in the light, as he is in the light, we have fellowship one with another, and the blood of Jesus Christ his Son cleanseth us from all sin” (1Jo 1:7).

Jesus’ body was the sacrifice and His blood cleanses us. Therefore, flesh and blood cannot inherit the Kingdom of God, but glorified flesh and bones can!

“The first man Adam was made a living soul; the last Adam was made a quickening spirit.” This verse is not saying that Jesus is without a body, but that He is a life-giving spirit. That is, as the last Adam, He is the one who gives life to people. Furthermore, it is designating that Jesus’ resurrected body is equipped to be in both the physical realm and the spiritual.

“When Christ, who is our life, shall appear, then shall ye also appear with him in glory” (Col 3:4).

“We know that, when he shall appear, we shall be like him; for we shall see him as he is” (1Jo 3:2). Yes, my Jesus is still a glorified man, interceding in my behalf!