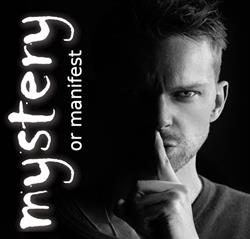 A disclaimer: this article is not attempting to prove or disprove theories. I have had enough experience with believing and doubting and arguing over these theories to last the rest of my life. Instead, this article is an effort to hold forth a different subject for our passionate research and debate.

Did you know that the earth is probably flat? Or that most, if not all, school shootings are staged and exaggerated by leftist media? Maybe you didn’t realize the Bushes orchestrated 9-11. There’s also a secret committee that controls the whole world, deciding who will be elected and when. President Obama wasn’t born in the US and is probably a covert Muslim. The US government controls the weather patterns and is withholding the cure for cancer.

Psychologists say people believe in conspiracy theories for several reasons. First is a need to feel unique. By believing in something other than the mainstream, conspiracy theorists have their own little community while being in the “informed” minority. Another trait of conspiracy theorists is seeing the world as a dangerous place, and all the theories are proof that such is the case. Another tendency that one study found in theory believers is the tendency to infer meaning to just about any happening in their lives, happenings that other people shrug off as normal hitches in ordinary life.

I am not a psychologist, but based on what I know about myself and what I have observed in others who believe conspiracies, there is a particular trait of “believers” that makes sense - that of wanting to be unique. It is the idea that I know something you don’t know. By knowing a conspiracy theory to be the real story, I’ve effectively set myself in a position of special knowledge which gives me an edge on all the sheep* who believe the official reports. When the zombie apocalypse comes, I can say, “I told you so.”

This attitude bleeds into spiritual issues as well. If a person believes they have insights and knowledge not accessible to others, how will that affect brotherhood? How will that belief affect a resolution to differences of opinion on any matter in doctrine or practice? It is my observation that the same spirit of insider knowledge comes to play here as well. It will not help build good relationships or help to discern God’s will. It will lead to power struggles and disunity.

Another implication of buying into conspiracy theories that hurts us spiritually is the fear and unrest that comes from believing in a hidden agenda in the governments and authorities of the world. Of course, the kingdoms of the world are under the control of Satan’s realm, but by focusing on that, we will hinder the Gospel of peace and light. Besides, as nonresistant Christians, there is only one option: to love our enemies and do good to them that hate us.

Does the Bible give us any direction on this subject? I think it does. Read the whole book of Colossians. I have the idea Paul wrote about things relevant to the respective churches’ needs. The Colossians seemed to have a problem with understanding the true nature of the Gospel. Think about how Paul uses the words mystery, hidden, or invisible. Christ is the image of the invisible God. Christ created all things visible and invisible. Look at Colossians 1:21-29. Paul is explaining the mystery of the Gospel of Christ. (emphases all mine) He tells them there is no mystery any longer - Christ is made manifest to His saints.

It seems the Colossians were in danger of accepting the Gnostic teaching. The Gnostics were “in the know” about spiritual things. This doctrine taught that once you reached a level of spiritual perfection, there would be knowledge which would release people from earthly things and get them in touch with the heavenly. Paul is showing the universal and manifest nature of the Gospel to anyone who believes in Jesus. The truth is plain. Paul’s message to the Colossians rings clear with his message in Acts 17- God is not far from any of us. Paul’s message rings clear with Christ’s message in John 8 - If ye continue in my word… ye shall know the truth, and the truth shall make you free.

The real, eternal truth that matters is found in the manifest image of God in Christ Jesus. The only initiation required is faith in Him and obedience to Him. This message is to young and old, intelligent and intellectually negligible. There is no superiority or exclusivity in faith in Christ. We cannot be haughty with Christ, because Christ’s work puts all men on the same level.

Love for truth in Christ will always bring true unity, brotherhood, and spiritual rest. Hidden secrets and special knowledge of seeing the “way things really are” will lead us into pride, foolish and unlearned discussions, and suspicion of people we really should trust. The way of Christ is higher and nobler. We must pursue Him and His Truth.

*people compared to sheep in being docile, foolish, or easily led.