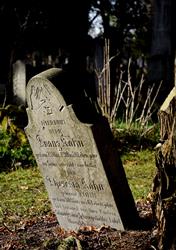 The Destruction of Death

Death is a result of sin; and it is an enemy we all face. Medical science and health advocates are continually seeking ways to prolong life and delay the process of death. They would like to destroy death. But death is all inclusive and certain. It does not miss anyone. What can we do?

The last enemy that shall be destroyed is death (1Co 15:26). We are told approximately two hundred deaths occur in the world every second of time. That is approximately 63,072,000 in one year (this does not include infanticide by the millions, through induced abortions -1 1/2 million more worldwide). Medical science and health advocates are continually seeking ways to prolong life and delay the process of death. They would like to destroy death. But death is all inclusive and certain. It does not miss anyone.

Death is a result of sin; God had said unto Adam, But of the tree of the knowledge of good and evil, thou shalt not eat it: for in the day that thou eatest thereof thou shalt surely die. (Gen 2:17). Adam chose to disobey God – “And it was so” that he died. Spiritual death (separation from God) was immediate, and physical death (separation of the soul from the body) followed. As a result of Adam’s sin, death passed upon all men (Rom 5:12).

In the above 1 Corinthians 15 text, the apostle Paul, by divine inspiration, informs us that death is an enemy and this enemy of death, for the child of God will finally be destroyed. In Hebrews 2:15 we are told that outside of Christ, death is a lifetime fear. While the child of God anticipates with joy what comes after death, the experience of death, has many distasteful and undesirable aspects. It is, in reality, an enemy. But as children of God, we can look forward with a degree of anticipation to this last enemy's attack upon us, for it is in the experience of death that death is destroyed.

Death is a very cruel enemy. We sing sometimes, “Death comes down with reckless footsteps to the hall and hut.” And it comes to the costliest mansions, too.

It comes at all times in life- from infancy to old age, expected or unexpected. It tears husbands and wives away from each other’s companionship, from the beginning of wedding life and any time after that. (As a child I have vivid memories of my parents lamenting the tragic death of a dedicated young groom, married to a dedicated young bride, only a few days after their marriage). It sometimes takes a young father or mother away from a family of young children leaving a widow or widower to raise the family alone. It snatches fathers and mothers, grandfathers and grandmothers away from children and grandchildren.

Death will at times take its victory at the most inconvenient places- in the shop, in the field, on the highway, in the hospital, in the church pew or pulpit. (I was personally acquainted with a Mennonite minister in Virginia who, while delivering a Sunday morning sermon, was stricken by death and fell lifeless from his pulpit).

Death strikes in many cruel and varied ways- through lingering disabilities or painful diseases, through sudden accident or prolonged illness. Many of God’s children have, by the bands of wicked, ruthless tyrants, died cruel deaths by devouring flames, by stonings, by drowning, or by mutilation of their bodies. By the millions, it tears to pieces or murders in other cruel ways, tiny bodies of aborted babies. It is sometimes inflicted by the storming elements, enemy germs, and demon-inspired enemy agents.

The enemy of death never returns to its victims. It takes bodies and gives them over to decadence and corruption. Sometimes it gives bodies to be devoured by worms and scavengers of the earth and sea (see Job 19:26).

Think of it! Approximately 63,072,000 victims taken through death’s door by the enemy of death in one short year. What do these victims find on the other side of the door? The Bible is our only source of accurate, authentic information.

For those who do not have Jesus Christ as their Saviour and Lord, to go with them through the valley of the shadow of death, where the enemy of death will keep its cruel death grip upon them forever and ever. Revelation 20:14-15 informs us that death and hell and whosoever was not found written in the book of life will ultimately, following the great white throne judgment, be cast into the lake of fire into a second death existence where the enemy of death’s cruel torments will never, never cease.

The enemy of death will never loosen its cruel death grip upon them.

But for those who have Jesus Christ as their Lord and Saviour and Shepherd to go with them through the door of death, this last enemy of death will be destroyed- forever! Revelation 21:4 assures us that for them God shall wipe away all tears from their eyes, and there shall be no more death, -forever! Neither will there be any more of death’s associated cruelties: no pain from any source, no sorrow for any cause, no disappointments of any kind, and no crying about anything.

How was this destruction of death made possible? God sent His Son into the world made in the likeness of sinful flesh. He was born in the flesh so He could die in the flesh. In due time He gave Himself over to the enemy of death. It was the most shameful, disgraceful, humiliating death known to man- even the death of the cross.

Although He was all-powerful and the enemy authorities and the enemy of death could have had “no power at all” over Him, in that hour of the cross He humbly rendered Himself a helpless victim of death and a helpless subject of the grave. But that hour of helplessness was brief. Death could not keep Him as a victim long, and the grave could not hold Him long. He awoke from His momentary sleep of death, tore the poisonous sting out of death, and broke loose from the short hold the grave had on Him. And “up from the grave He arose, with a mighty triumph o’er His foes”- His human foes, demonic foes, and His foe of death.

In that moment of matchless and humanly inconceivable power over death and the grave, there was a graphic demonstration of what He had accomplished for His followers. As He arose from the grave, many graves of past centuries exploded, and Old Testament saints followed Jesus triumphantly out of the cold hold the grave had on them. What an exciting testimony it must have been to the power and faithfulness of God when those long dead, sleeping Old Testament saints walked into Jerusalem and appeared unto many (Matt 27:52,53).

The message for us is clear, comforting, and conclusive. As children of God we can, in the face of the enemy of death, shout triumphantly "O [enemy of] death, where is thy sting? O [holding] grave, where is thy victory?" We can cry out in jubilation, "Thanks be unto God which giveth us the victory [over sin, over the enemy of death, over the hold of the grave, over the tormenting flames of hell, over the lake of fire, and over the second death] through our Lord Jesus Christ" (1Co 15:55-57). Yes, thanks be unto God for the invincible Destroyer of the enemy death- the One who swallowed up death in victory, the One who liveth and was dead- who is alive forevermore and has the keys of hell and of death (Rev 1:18).

It should be noted that there is to be an exception to the death and grave experience on the part of living saints at the time of the coming of Christ for the Church. For if we believe that Jesus died and rose again, even so them also which sleep in Jesus will God bring with him. For this we say unto you by the word of the Lord, that we which are alive and remain unto the coming of the Lord shall not prevent them which are asleep. For the Lord himself shall descend from heaven with a shout, with the voice of the archangel, and with the trump of God: and the dead in Christ shall rise first: Then we which are alive and remain shall be caught up together with them in the clouds, to meet the Lord in the air: and so shall we ever be with the Lord. Wherefore comfort one another with these words (1Th 4:14-18).

May we have our eyes focused heavenward and our ears attuned to hear the shout, the trump, and the call to meet the Destroyer of our enemy of death in the air. The time is drawing near and could happen any moment now. For yet a little while and He that shall come will come, and will not tarry (Heb 10:37).

Praise the holy, precious, powerful, and worthy name of Jesus- the uniquely exclusive One who alone brought destruction to the enemy of death for the children of God. The One who gives eternal life in place of eternal death.