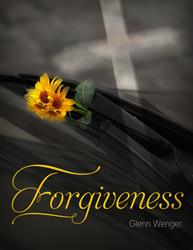 Many people struggle for years with the emotional pain and depression that goes with an unforgiven sin against them, because they do not understand forgiveness. Forgiveness is not a matter of forgetting about it. What is forgiveness? Why forgive? How can I forgive someone who has wronged me?

How can I forgive someone who has wronged me?

Webster defines “forgive:” (1) a: to give up resentment of or claim to requital for b. To grant relief from payment of (2) to cease to feel resentment against (an offender): pardon.

For many people, forgiveness is an intellectual thing they do in their heads. Someone has done something that is not right. It is an injustice, or a sin against them. So they attempt to “forgive” by trying to forget about it or minimizing it. But many times that just doesn’t work. In talking to them, it is clear what the problem is. “That just was not right. It was an injustice. It was wrong.” There is a wrong that wasn’t made right. It is like an outstanding debt.

The Bible tells us that we were created in the image of God. The Bible also tells us that God is a God of justice, and sin must be paid for. This godly attribute of a sense of justice is the reason we need to forgive. Justice demands retribution. If there is no retribution, the debt remains. It simply is not possible, either with ourselves or with God for a sin or wrong to simply evaporate. This creates a dilemma that many people find impossible to remedy. They try to forgive the one who has wronged them, but they find that they still hold this debt against them  because the debt has never been paid! Many people struggle for years with the emotional pain and depression that goes with an unforgiven sin against them, because they do not understand forgiveness.

It happened to God too

There is a solution, and as the sense of justice that causes the problem is an attribute of God, likewise is the solution an attribute of God. Not only that, but He has given us clear instructions about it in His Word, because He knew that we would need to be equipped for it.

You see, God had the same problem, and He came up with an effective solution. God created Adam and Eve and placed them in the Garden of Eden. But Satan, God’s enemy also showed up there, and convinced them to disobey God’s one command to them. In other words, they were created by God for His glory, but they chose to obey God’s enemy.

The command that Adam and Eve disobeyed was God’s command not to eat of “the tree of the knowledge of good and evil.” Satan pointed out to them that it would make them wise, knowing good from evil. And when they thought about it, they desired that knowledge. They couldn’t know what misery that knowledge would bring them and the rest of the human race. So they obeyed Satan, disobeyed God, and ate the fruit.

Since the reception of this knowledge of good and evil, there has been no natural man who has been in all things obedient to this law of God. The apostle Paul wrote: “Wherefore, as by one man sin entered into the world, and death by sin; and so death passed upon all men, for that all have sinned” (Romans 5:12). All of us have, at the suggestion of Satan, rebelled against God. God is a God of justice and He cannot tolerate sin. Sin must be paid for, and rebellion against our infinite God is beyond our finite abilities to pay for. Even the ultimate punishment– suffering in hell fire, would never pay it in full, and so would need to continue forever.

So God came up with a solution. Since man is unable to pay for his own sin against God, God will pay the price of our sin against Him for us! Jesus, the Son of God, came into the world to suffer and die for the sins of mankind. “For as by one man’s disobedience many were made sinners, so by the obedience of one shall many be made righteous” (Romans 5:19). He paid the debt of sin, for all those who surrender their lives in trust to him.

It has been said that there are only two ways whereby finite man’s rebellion against infinite God can be paid: Finite man can suffer in hell for an infinite time, or we can accept the sufferings of our infinite God on the cross for a finite amount of time in our place. What will be our choice?

This is what God did for you. He paid the price for your sin against Him. Jesus taught that this is also what He expects us to do. He wants us to pay the price of the sins of others against us!

In Matthew 18, Jesus tells a story of a king whose servant owed him much money and he had nothing to pay, so the sentence of justice was that he and his wife and children all be sold to pay the debt. But when the servant fell down and worshiped him, the king had compassion and forgave the debt. Notice, he took the loss all on his own account. He accepted the loss of all that money himself, instead of the servant who could not pay! However, when that servant found a fellow servant who owed him a small amount of money, he had no pity and threw him into prison. When the king found out about that, he delivered the unmerciful servant to the tormentors till he should pay all. Jesus went on to say: “So likewise shall my heavenly Father do also unto you, if ye from your hearts forgive not every man his brother their trespasses” (v.35).

We forgive our brother’s trespasses in the same way that God (the king in the story above) has forgiven our trespasses- by “paying his debt” or accepting the loss on our own account. When we do that, we no more hold the sinner accountable, because the debt is already paid!

If someone spreads a false rumor about me that destroys my reputation and makes people suspicious about me, God expects me to “pay the price,” by accepting the consequences of his sin against me. By accepting it, I have accepted (or “paid”) the debt he made against me, and so I no more hold him accountable for it   it is paid! I simply accept that people have a low opinion of me and go on, remembering that “...all things work together for good to them that love God, to them who are the called according to his purpose” (Rom. 8:28).

Jesus made clear that forgiveness of others is a requirement for us if we expect the salvation provided by God’s forgiveness of us. In the Lord’s Prayer, He said: “And forgive us our debts, as we forgive our debtors.” (Mat. 6:12) In the story of the unforgiving servant He said, “So likewise shall my heavenly Father do also unto you, if ye from your hearts forgive not every man his brother their trespasses” (Mat. 18:35).

Like justice, forgiveness is an attribute of God. But, it seems that we have a sense of justice by nature, as created in the image of God, while we obtain the attribute of forgiveness only as we experience the forgiveness of God in our own lives, and we are transformed into the image of Christ in the heart. We can come to the point that forgiveness comes naturally for us. We can simply accept the consequences of’ whatever anyone does to us, and we will have freedom from the bitterness and depression that comes with carrying unforgiven grievances.

Forgiveness: an attribute of Christians and their God

An atheist once said, “There is one thing that I envy about Christians, that is their forgiveness. We have no forgiveness.”

Although many religions recognize that man has sinned against his god, Christianity is the only religion that effectively deals with that sin. Other religions have works to perform in an attempt to appease their god. But our God in Christ paid the price of our sin for us with His own life blood, and thereby redeemed us from our sin.

The same spirit that drew up the Gospel plan of salvation from sin paid in full by God through Christ, can—no, must—live within each follower of Christ. The Spirit of Christ both enables and requires us to forgive. Jesus himself said, “But if ye forgive not men their trespasses, neither will your Father forgive your trespasses.” (Mat. 6:16) If we do not forgive our fellowman, is it evidence that we do not have the Spirit of Christ within us? Our role is to be a channel, allowing Christ’s Spirit to work out His will through us.