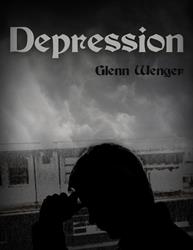 Are you depressed? Elijah, possibly the greatest prophet of God the world has ever known, was suffering from fear and depression. In this article we will examine his secret, and how God helped him overcome his depression.

Elijah, the great prophet of God, at whose request God had withheld rain for three and a half years, and at whose bidding fire fell from heaven, was suffering from severe depression to the point that he asked to die.

James makes the following comparison between the great prophet Elijah and ourselves. “Elias was a man subject to like passions as we are, and he prayed earnestly that it might not rain: and it rained not on the earth by the space of three years and six months.” (James 5:17)

We all know the powerful story of the faith of Elijah. Because of the sins of the people, he boldly appeared before Ahab and said, “…there shall not be dew nor rain these years, but according to my word.” We know how he was miraculously fed, first by ravens, then by a poor widow; how he alone stood up against the hundreds of prophets of Baal, proved that God is the true God and had the prophets of Baal destroyed; how he prayed for rain and God sent a mighty rain in answer to his prayer. When we read the account in 1 Kings 17-19, we are impressed with the faith of this holy man of God, and impressed with the power he had with God.

It is one of the most dramatic stories in the Bible. It is so dramatic, in fact, that it overshadows what comes next, and we often forget what directly followed these great events.

At the threat of Jezebel, Elijah fled for his life a day’s journey into the wilderness, sat down under a juniper tree and asked to die. Elijah, possibly the greatest prophet of God the world has ever known, was suffering from fear and depression.

There seems to be some confusion today about the difference between emotional and spiritual problems. Fear and depression, as we see in Elijah’s case, are emotional problems. Emotional problems are generally the result of overtaxed emotions. All humans are of “like passions” (emotions) with Elijah. However, most of us could never have endured the emotional strain that he experienced as long as he did. In this article we will examine his secret, and also how God helped him overcome his depression.

What was God’s response to Elijah’s depression? When we read the account in context, we might expect God to say, “Fear and depression at a time like this doesn’t make sense. You have just seen My fire fall from heaven at your request. You have just heard the confession of all the people, saying,  ‘The Lord, he is God’. You have just felt the great rain I sent at your petition.”

But God didn’t say that. God’s response was different than we might have expected. In 1 Kings 19:4-18 we have the account of God’s dealing with him. Notice how gently God dealt with him. God created man and He understands his limits physically and emotionally. He understood that Elijah needed help. First He refreshed him with food and sleep so he could travel to the mount of God, and there God spoke to him. He listened to him as he poured out his troubles: how he had been zealously working for God, and yet he is the only one left on God’s side and they are seeking his life.

God knew that Elijah’s focus had shifted from God to his problems. So the first thing He did was to ask him to “stand upon the mount before the Lord.” Then God gave a terrific display of power: in a wind that tore rocks apart; in an earthquake; and in a fire. But the Lord was not in these displays of power. Then there was a still small voice, and Elijah knew it was God. The voice again asked him what he is doing here, and again Elijah poured out his troubles just as before.

What did God do? He immediately sent him on a very important and dangerous mission. He was to anoint Hazaael king over Syria, and anoint Jehu king over Israel, and he was to anoint Elisha to replace him as prophet. Then to give him courage, he pointed out that things were not as bad as he thought—there were yet seven thousand who had not worshiped Baal. When we become discouraged our minds warp our problems out of proportion.

Elijah’s Case as our Example

How could the great prophet Elijah get so depressed immediately after God had sent fire from heaven in response to his prayer? Because “Elias was a man subject to like passions as we are.” (James 5:17) Elijah had functionally forgotten that God has everything in his control. He had lost his focus on God and was looking at things from a human standpoint, and it just “put him under.” He asked to die. He needed help.

We, today, are no stronger than Elijah was. We have the same weaknesses. We, too, sometimes functionally forget that God has everything in His control, and we can experience emotional problems such as worry, fear and depression. Even the greatest men of faith are not immune to human weaknesses, and the time can come that we need help.

I would like to encourage those who are experiencing emotional problems to take them to God. To effectively take them to God, we need to surrender, not only our problem, but our entire life to God. We need to give up all of our hopes, dreams and wills to God’s plan for us, and only then can we leave our problem with God, because then God is in complete control.  Our will is given up and we want only God’s will to be done.

God works in many ways to accomplish His will for His children. Often medication can be helpful to enable the individual to again regain control of his thoughts. One way God works successfully is through other Christian friends who have God’s Spirit within them. A Christian counselor, minister, spouse or trusted friend can often help by playing the part that God played in Elijah’s healing.

May each of us be willing to be that trusted Christian friend, and do what God did for Elijah. God first listened to his problems, even though the account was not quite accurate. Then He turned his attention to the power of God. Then He listened to Elijah’s account again. Then He challenged him with important work and showed him that things were not as bad as he had imagined.

As humans, we need to completely change our focus. If we allow Christ to more completely control our hearts, there are a lot of things that suddenly will not matter to us anymore. It will not matter if we are not financially successful or if others look down on us. It won’t matter that someone has wronged us, etc. We will see people as Jesus sees them. We will feel for them as He feels for them. All that matters to us is that we are in the center of God’s will. What God will allow to happen to us is in His hands and is not our problem. Is God bringing you through some severe trial? Stop and consider: If God wants to bring you through this trial, is there anything you would rather do than be in the center of His will and go through the trial? Is there any safer place to be then in God’s hands, surrendered entirely to His will—whether it be life or death?

We can change our focus by praying earnestly that Jesus would fill our hearts with His love; by allowing Him to work through us wherever we feel His prompting; and by changing our negative inward-focused thoughts to Christ-centered and others-ward focused thoughts.

Even though you are one of billions of people on earth, God has a plan for your life. “And we know that all things work together for good to them that love God, to them who are the called according to His purpose.” (Rom. 8:28) You may have made many mistakes in your life, and taken your own way. Yet God has a plan that will work starting where you are right now. This plan may not always make sense to the human point of view, but follow Him without wavering. Faith flourishes on impossibilities!