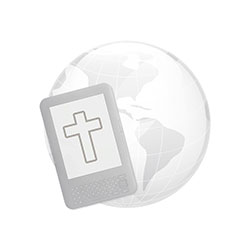 Throughout history, many believers have confused the eternal City of God with human and religious conterfeits. Believers who would truly build the church need an allegiance to the authentic "City of God."

In 410 AD the pagans sacked Rome. This created a tremendous stir, since Rome had a large Christian population. Christians wondered why God let it happen and pagans accused them of being the cause of it happening.

Augustine, the church’s leading theologian, wrote a book called The City of God, to try to clarify what had happened. In a nutshell, he explained that God allowed this to happen because Rome wasn’t God’s city, it was man’s city. Just because many Christians lived in Rome didn’t mean that it was sanctified or had a special place in God’s heart. The true City of God was a heavenly kingdom, not an earthly one, though many members of the City of God lived within the physical boundaries of the earthly city of Rome. 1

It seems to me the question of what the City of God really is still confuses Christians today. Are we part of the eternal City of God? Or are we bogged down defending its counterfeit, the earthly city of man, which will perish along with the rest of the world around us?

The New Testament uses the Greek word ekklesia when it speaks of the City of God—the Church of all ages (note the capital C). However, it is easy for us to become confused, because the New Testament uses the same word when it speaks of a local assembly of believers, or of the unassembled believers, as it does when speaking of the eternal, spiritual, City of God. Note the following examples.

The New Testament leaves it to us to sort out which of these three meanings the word has when it is used. This is especially important when we are looking at the first definition versus the other two.

Why does it matter?

It is important for us to differentiate between the City of God and its earthly counterparts. If we don’t, we are in danger of emphasizing and glorifying the work of men above the City of God. When we do this, we are on the verge of becoming a part of the city of man.

Occasionally Christians wax eloquent over their description of their local church—maybe even using adjectives such as glorious and marvelous. There is a sense in which this is right, since God views every local gathering of His people as part of the City of God, as defined in our first definition above. But on the other hand, viewing ourselves in this light tends to make us overlook that we are merely men, and that our local congregation or fellowship5 is normally tainted by the faults and idiosyncrasies of the people who are part of it, or who established it.

Those who glorify the cities of men tend to become exclusive. They often put artificial barriers in place between themselves and those who differ in their interpretations. On the other hand, the City of God is much more inclusive than we often realize. We will probably be astounded at who we all meet in heaven.6  (I fear at times that we will also be astounded at who is missing there.) The City of God is God’s prerogative, and He decides who is part of it and who isn’t. Only those who are part of the City of God will get to heaven. (Study 1 John for more insight on fellowship, and who we can fellowship with.)

Placing our first allegiance to Christ and the City of God, rather than one of the cities of men makes a difference in how we look at a number of things.

The City of God and Christ

The City of God exists to bring glory to Jesus. It exists because of Him. Therefore, when we start to honor men we steal glory from Christ. The devil loves to get our eyes off Jesus and onto men. These men may be powerful leaders, using their personal abilities and authority to direct their little segment of the City of God. Or they may be influential groups of men. It makes little difference—once men are the focal point, Jesus is no longer glorified, and we are in danger of becoming a city of men rather than being part of the City of God.

Jesus wept over the city of Jerusalem, one of the most famous of the cities of men. Tears streaming down His face, He looked out over the city from the Mount of Olives and pronounced its doom. Later, He said, “O Jerusalem, Jerusalem, …how often would I have gathered thy children together, even as a hen gathereth her chickens under her wings, and ye would not! Behold, your house is left unto you desolate” (Mat 23:37-38). If we aren’t careful, our earthly organizations will become like Jerusalem—a city of men, rather than part of the City of God.

However, we dare not lose sight of the larger picture. Our local brotherhood is first and foremost part of the City of God, and we cannot allow our personal whims and likes and dislikes to overrule this. When we get together to decide on issues, our first concern must be, “What Bible principle applies to this situation? What would Jesus say about what we are proposing to do, or disposing of?” If our local congregation loses sight of this, we will find ourselves fighting for the city of men rather than the City of God.

In fact we could say it this strongly. Unless our local brotherhood is a dedicated part of the City of God, it has no right to exist. And it will not exist for long, because Jesus is walking amongst us, and He will remove our candlesticks if we don’t take heed to His words. (Read Revelation 1—3 and see where your brotherhood fits.)

I have just said that the Bible supports the importance of being part of a local brotherhood. The Bible also states that local brotherhoods must have leaders. It also tells us to respect and obey those leaders (see Hebrews 13:17). But men in positions of leadership face tremendous temptations. When they start to lead by the strength of personal ability and authority, they lose their place in God’s plan. God sets up leaders, but they are leaders under Him. Personal authority does not exist in the City of God. Only God’s authority means anything there.

God delegates men to lead out in His work. But these men can only be useful if they realize that they are part of the City of God, not leaders in a city of men. Jesus knew how quickly this concept could be lost. He warned His disciples in Matthew 20:25—28 that the City of God was not to be run by the methods used in the cities of men. Leaders were to be servants (literally slaves) of the City of God, not princes in a city of men. If they lost sight of that, they would fall under the condemnation of God.

Peter remembered this concern at the end of his life. He reworded it somewhat, telling his fellow leaders to “Feed the flock of God which is among you, … [not] as being lords over God's heritage, but being ensamples to the flock” (1 Peter 5:2-3). The NIV states this even more clearly: “Be shepherds of God's flock… not lording it over those entrusted to you, but being examples to the flock.”

The City of God is an eternal city. It will never be destroyed. Someday it will be part of the new heaven and the new earth. But the cities of men will vanish, never to be seen or heard of again. So it is very important for us to be sure that we are part of the City of God.

So often we feel so little and downtrodden. But that is not true—we are not seeing the whole picture if we feel like this. If you are part of the City of God, your victory is certain. You will someday gather with your fellow saints around the throne of God and glorify Him. But you will only be part of this City if you, and the brotherhood you are part of, are glorifying Him today.

Don’t trade your place in the City for citizenship in an earthly city of men which will be forgotten in the first seconds of eternity!

“And I saw a new heaven and a new earth: for the first heaven and the first earth were passed away; and there was no more sea. And I John saw the holy city, new Jerusalem, coming down from God out of heaven, prepared as a bride adorned for her husband. And I heard a great voice out of heaven saying, Behold, the tabernacle of God is with men, and he will dwell with them, and they shall be his people, and God himself shall be with them, and be their God” (Revelation 21:1—3.

1 Note that Augustine argued that the city of God and the city of man cannot be separated. I do not support this part of his thesis or many of the other theologies he promoted. I believe strongly that Christians must live separated lives from the world if they want to be part of the City of God.

2 I suspect Peter remembered this when he addressed the readers of 1 Peter as “a chosen generation, a royal priesthood, an holy nation, a peculiar [special] people” (1 Peter 2:9).

4 Approximately half of the times the word church is used in the KJV NT, it falls into this category. In some cases the distinction between this meaning and the third one is not clear.

5 By fellowship, I mean group of congregations.

6 It is quite evident when we read church history that there has been much more diversity amongst God’s people than we tend to believe possible.